If you haven't had the chance to talk with Alex, go sign up for an SEO service right now! Ok, we're kidding. (Kind of :) BUT! We do want to give you the opportunity to start getting to know our team outside of the conversations you may have by phone or email.

First is Alex. Commonly referred to as "Buck" around the office (Full story on how "Buck" came to be on Periscope). You probably know him as our resident SEO Expert. He works one-on-one with our SEO Kickstart and SEO Engagement clients to help get their websites in tip-top shape for both visitors and search engines. But outside of his vast knowledge of SEO and wicked-cool analogies, he's a pretty cool guy. 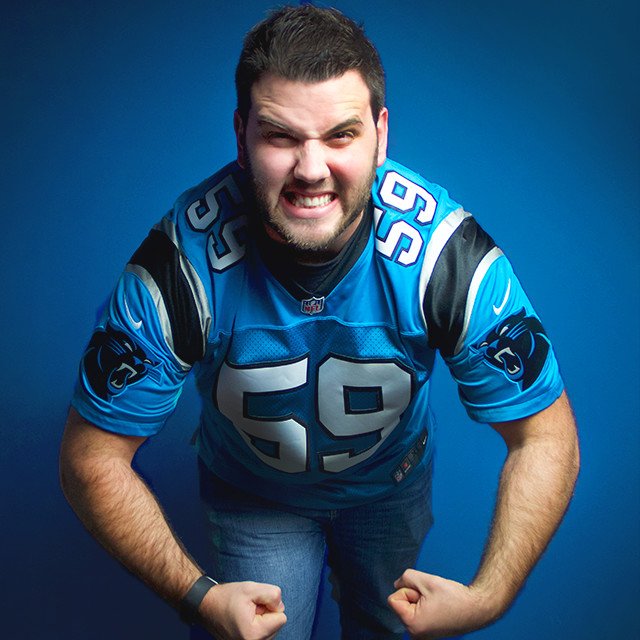 If you couldn't tell by the photo, Alex is a huge sports fan. Most Sundays you can find him cheering on his Carolina Panthers. He also loves playing sports, and basketball is his game of choice. He can frequently be found at the gym or playing basketball with his buddies. In addition to sports, music is also a passion for Alex. He can play multiple instruments – drums, ukulele, a little piano, and bass. A little known fact: during his college years, he was a Radio DJ for a local college radio station.

Alex is a North Carolina native who married the love of his life, Kristen, earlier this year. Along with their dogs, Joe and Frodo, they decided to stick around Greensboro for a while and recently moved into a house. 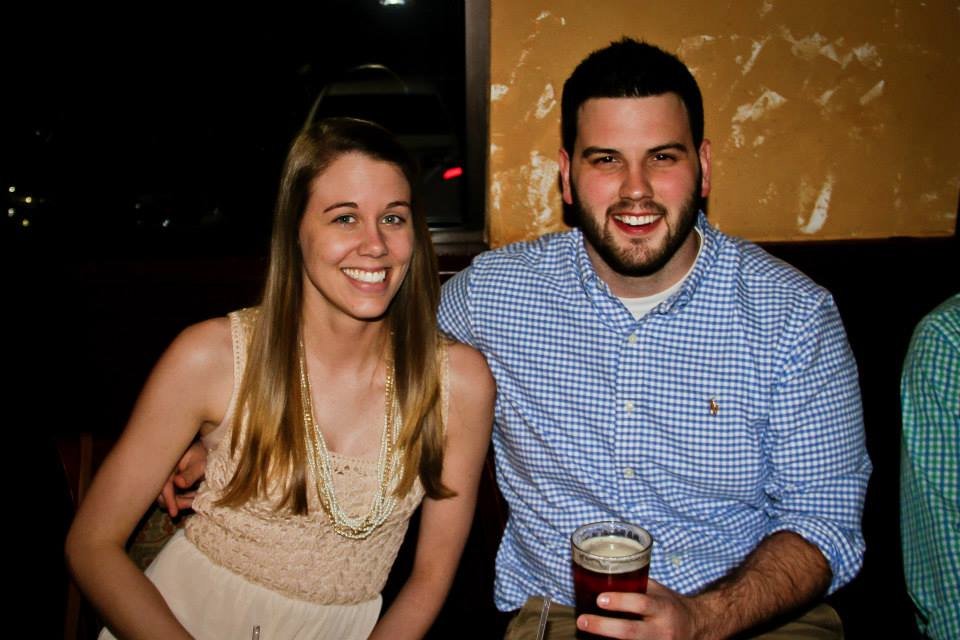 We took a few minutes to ask Alex some questions. Check out his responses below, and our exclusive interview with him on Periscope!

Favorite Fruit? Why?
This is a tough one. Probably strawberries or apples. Bananas bruise too easily, and I’m a texture guy.

What TV shows do you binge on?
Recently I’m a huge fan of the shows Mr. Robot and Fargo. In the past I’ve binged on Breaking Bad, Sherlock, Parks and Recreation, True Detective, Hannibal, The Walking Dead and Justified (among others). Now that I think about it, maybe I binge on TOO much tv...

Favorite joke?
I love unexpected sarcasm or jokes when you least expect them, so most of the things that make me laugh involve situational irony.

Favorite meme?
I’m not sure if videos are considered memes, but MAN those “RKO OUTTA NOWHERE!!” and “Unexpected John Cena” videos get me all giggly. And yes, I DID just use the term “giggly”. 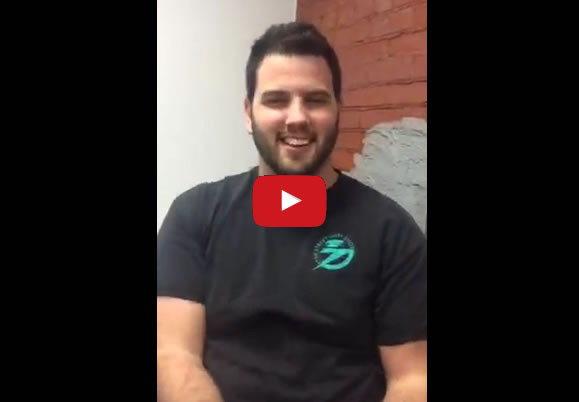 Inside A Custom Logo Design With Ashlie A.

Catch Us in the Lone Star State!